I've never seen anything quite like this before.  It's thought that the Egyptians may have built the pyramids with a similar technique, but I've never seen it done in modern day construction.

These photos were taken on my drive by while commuting to a job. 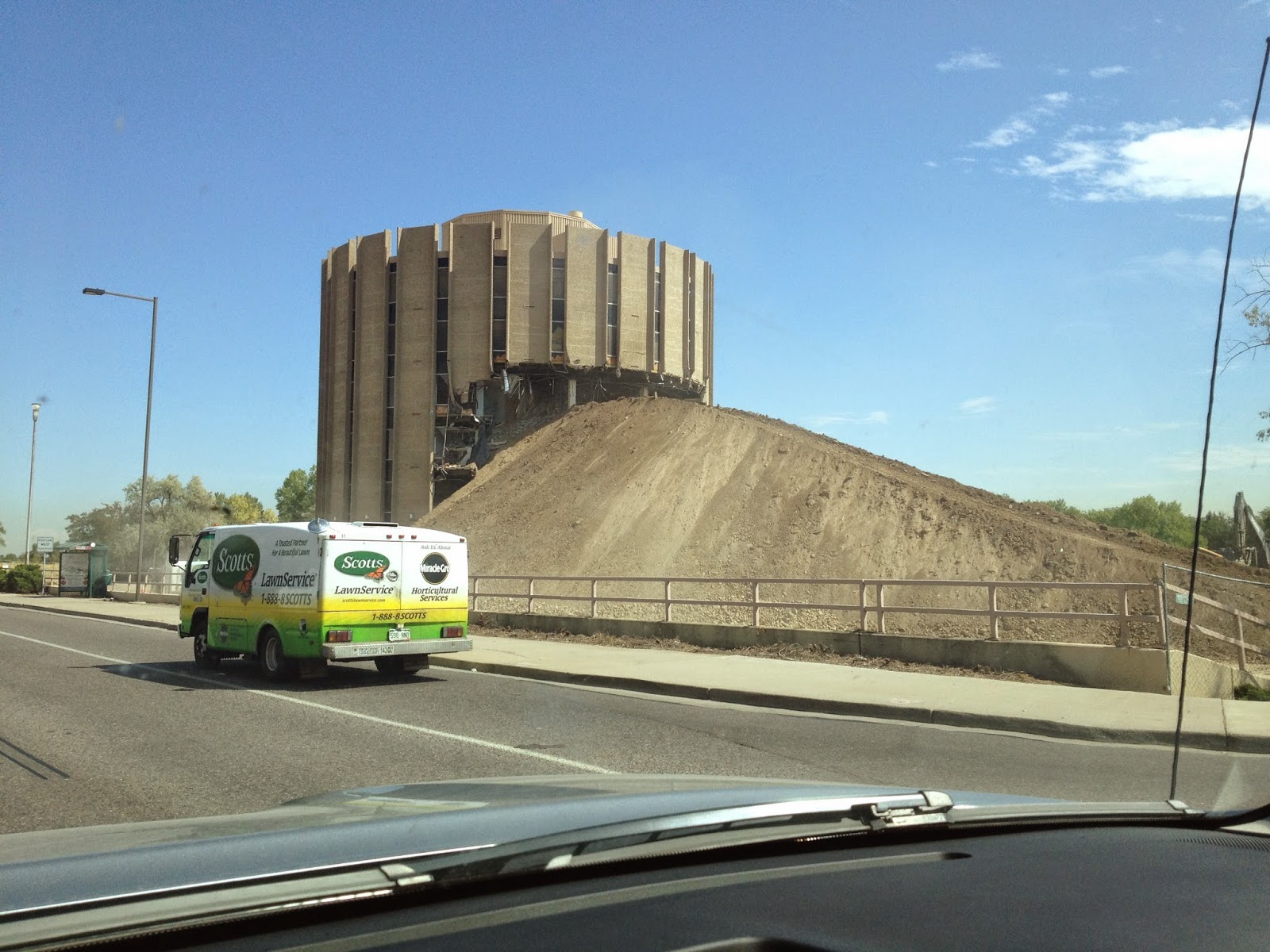 I guess one major advantage of this approach was that there was only one piece of machinery working most days.  I'm not sure if the dirt was imported or dug out of the nearby work-site but it sure took a lot of soil. 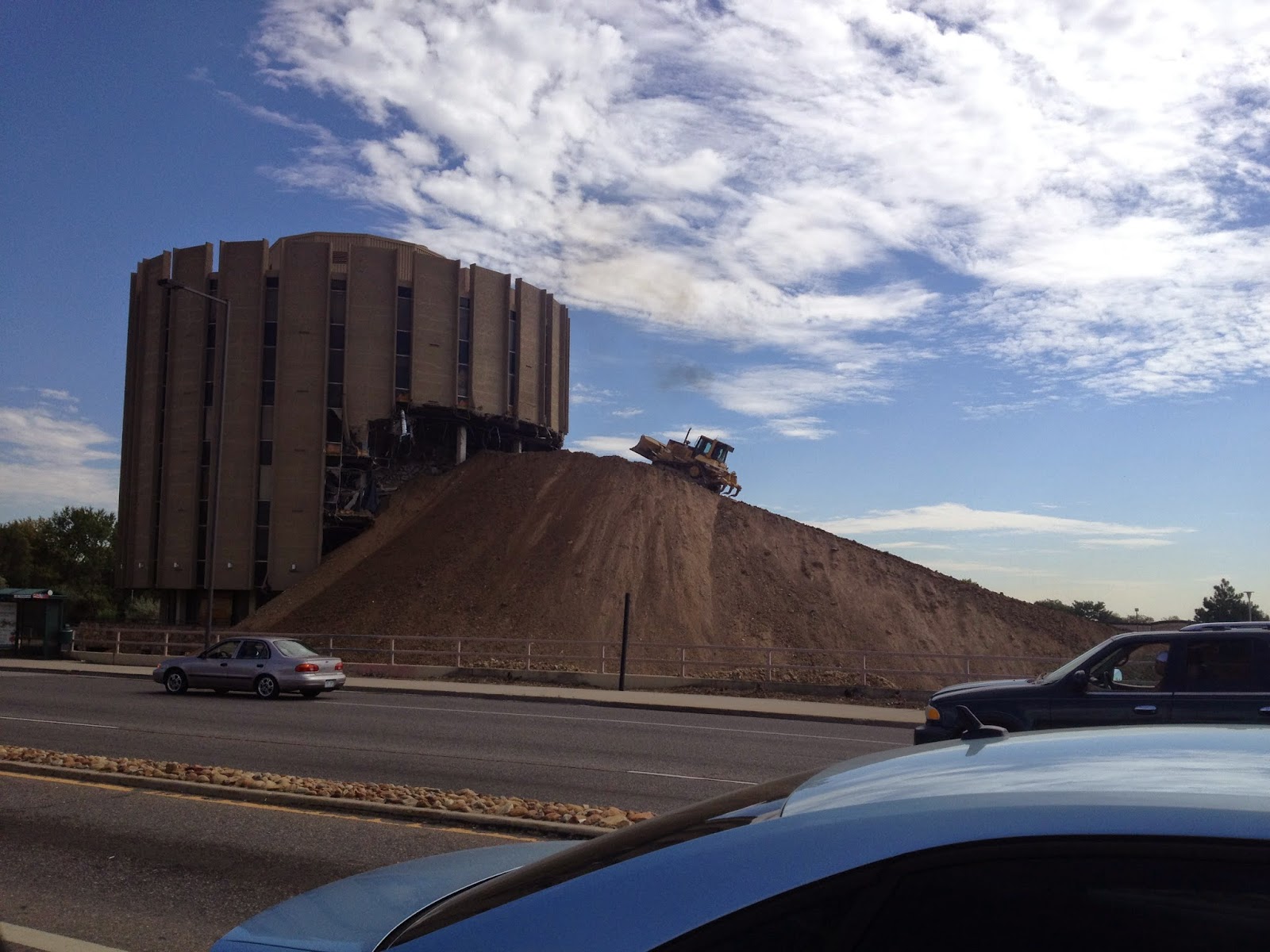 Have you seen a strange or archaic method of construction.
Even better, do you have a photo of it?
Posted by Unknown at 1:38 PM