If you have every thought about replacing your cement patio, here is a photo log of a project I did a few summers ago.  I was hired to replace a front porch that had settled badly.   I've included a few notes to explain the process and some of the unforeseen issues we came into.


Notice 2 things in this photo.  A joint has been cut in the concrete.  I'm not sure if someone was planning on mud-jacking the slab or if they wanted to minimize damage from settling, but either way they never finished the job.  Also, the hose bib is installed just inches above the slab, making it almost unusable.  It took me a few days to figure out a fix, but we came up with a solution that the owners were happy with. 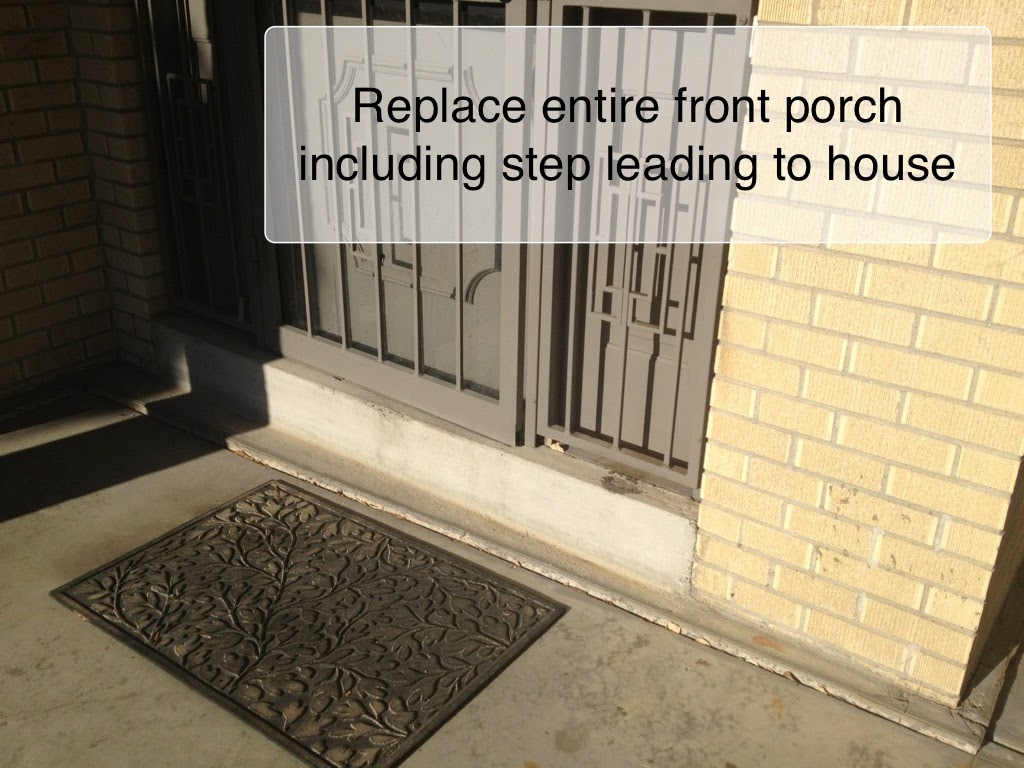 After removing some of the concrete, we realized that one of the front columns had almost no support beneath it.  The builder had poured 2 - 10" caisson for supporting these columns but this one was way out of line and only about 2" of the column actually made contact with the top of the caisson.  You don't have to be a structural engineer to know that this was not going to work out well.

As soon as the issue became evident, I nailed a few 2x4s around the top of the column to keep it from tipping over.  At this point we realized that the column was in no way attached ot the ceiling as it could be freely pushed in any direction - this just kept getting worse.

The answer was to add a few diagonal wood supports while we worked to keep the column in place.  We then excavated directly under the column an extra foot and created a square indention that would act as a footing when the concrete was poured.  Rebar dowels were drilled into the side of the caisson to tie it to the new concrete (I wish I had taken more pictures, but I was a little pre-occupied)


Their are 2 unchanging rules for concrete: It will turn gray when cured and it will one day crack somewhere.  The color is just what it is (unless of course  you stain it) but the cracking is something we can combat.  Our job is to minimize the cracking and keep any cracks that do occur in the location of our choice and at a very small size.  By installing re-bar dowels into the foundation, we give extra support and keep the patio from wanting to slide away from the house or drop as the ground settles.


Before you comment on the fact that the mesh is on the ground and will do no good there, let me explain.  On small pours like this, we simply pick up the mesh by hand as we pour the concrete and push it back in about 2".  On a very large pour or a commercial project, where tolerances are very tight, we can purchase small plastic feet to hold the wire mesh at an exact height.

To further deal with the issue of the column, we added control joints coming from the corners of the posts across the entire patio.  The new border was finished differently than the rest of the patio so it looked like an accent but ensured that if the column did ever decide to move, the cracks would be contained in the new joints. 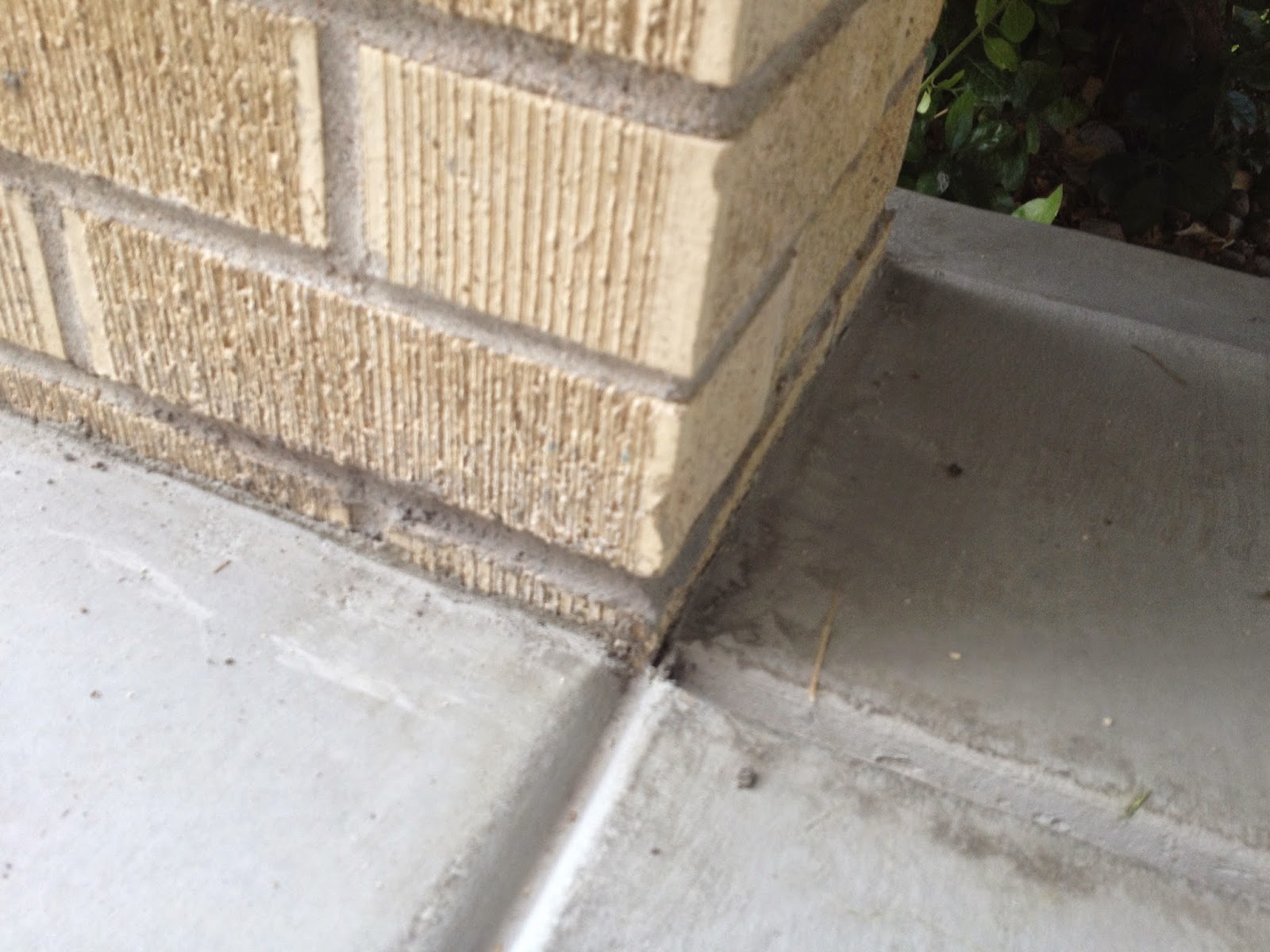